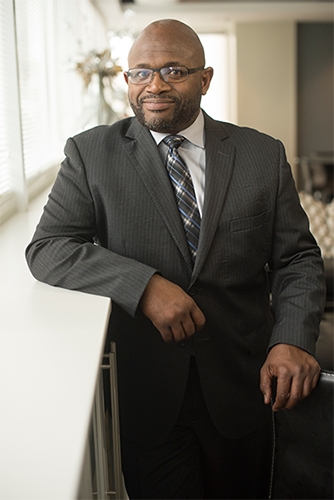 Ted Wood is a patent attorney with a unique confluence of over 40 years of electrical, electro-mechanical, communications, software, and computer security related technical, legal, military, and business development experience. He uses this experience to help companies protect and leverage their innovations and ensure marketplace exclusivity.

Ted’s work before the United States Patent and Trademark Office includes patent application preparation and prosecution, inter partes review (IPR), reexamination, and appeals before the Patent Trial and Appeal Board. He has also served as virtual in-house IP counsel for several high technology emerging companies, where he developed programs to identify, protect, manage, and commercialize IP assets. Additionally, he has helped establish post-grant strategies to challenge the validity of existing patents.

Ted has worked as a patent attorney at several Washington D.C. law firms, including Sterne Kessler Goldstein and Fox where Ted was a partner, and Pillsbury Winthrop. Prior to that, while in law school, he was a law clerk with the NCR Corporation in the IP Law Section, where he prepared and prosecuted U.S. patent applications.

Ted is a service-disabled veteran, having retired as a Lieutenant Colonel from the U.S. Air Force, where he served honorably for over 23 years. More recently, he was honored as one of a hand full of veterans featured in Law360, recognizing attorney’s military memories and service.    As an active duty officer, Ted was responsible for development of threat signal detection algorithms for aircraft electronic combat, satellite communication subsystems, and development & testing of low observable technologies.

Recognized for his Smart Grid contributions, Ted was named to the CleanTech 100, a list of the industry’s top 100 cleantech attorneys.  The list was published from the LMG Clean Technology & Renewable Energy 2013.